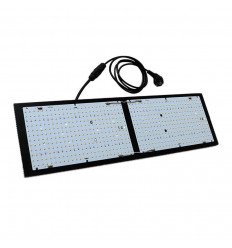 The Rhino Series 260 is a pre-assembled LED horticultural panel offering a broad spectrum of 3500K, perfectly suited for the growth and flowering of plants indoors!

It uses high-end Samsung LM301B LEDs as well as a MeanWell power supply.

The Rhino Series 260 is composed of two panels each using 312 Samsung LM301B LEDs, for optimal efficiency increased by 2.8μmol / J towards your plants. It also uses a high-end MeanWell power supply, which allows it to obtain incomparable performance. This lighting has an "Extra-Red" length of 660nm with 3.4μmol / J which allows it to increase its efficiency during the flowering phases.

As for the heat emitted, you will have nothing to fear since this panel uses a 15mm thicker heatsink, specially designed to avoid any excess temperature. For added security, this heat sink has been placed 20mm from the LED module.

For experienced growers, it is also possible to use a dimmer which will allow you to change the light intensity as you see fit. 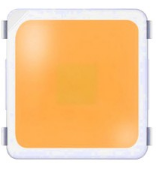 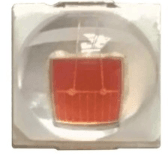 The Rhino Series 260 LED panel uses high-end Samsung LM301B LEDs as well as 660nm Red LEDs to increase its efficiency. You will get generous crops!

Increased efficiency thanks to the 660nm Red LEDs

The peak of red indicated on the spectrum makes it possible to increase the performance of the panel, especially during the flowering phases. 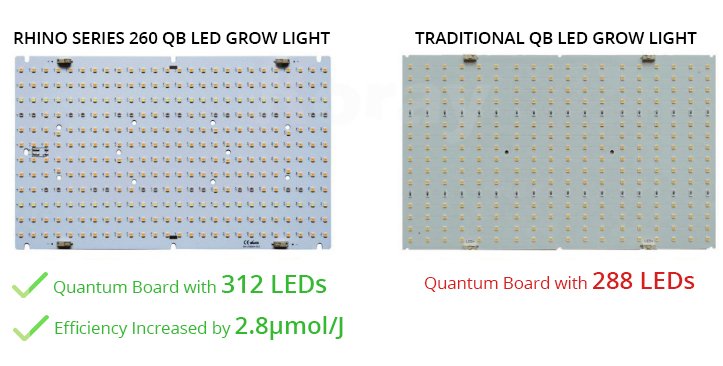